Since the arrival of Christiano Ronaldo in Serie A, a lot of eyes have been pointed towards the Portuguese striker and the league as a whole. After failing to win the Golden Boot reward in LaLiga for 4 long years, Ronaldo has arrived in Italy to test out his scoring capability against other Italian strikers, and while he was considered the favorite to end up as the top goalscorer, there are a few other strikers that might ruin his plans.

At the time of writing this article, Serie A is in its 28th round, which means the teams have played 27 rounds and still have 11 fixtures to go. And while we could talk about the position of the teams, we will rather focus on the top 5 strikers up until now in Serie A.

While many would expect the leading scorer in Serie A to be Cristiano Ronaldo, it might shock you, he is “the only 2nd”. The current leader in goals scored is Fabio Quagliarella from Sampdoria with 20 goals, followed by Cristiano Ronaldo and Krzysztof Piatek with 19 goals, Duván Zapata 4th place, we with 17 goals and Arkadiusz Milik at 5th with 14 goals.

The current leader, Fabio Quagliarella a 36-year-old striker from Sampdoria ended last season as the 4th best striker with 19 goals, however, he has already passed his own personal record with a goal on Sunday against Atlanta. Surprisingly enough Fabio Quagliarella is giving both Cristiano Ronaldo and Krzysztof Piatek a run for their money, as they both trail behind the Italian by one goal. Nonetheless, the race for 2018/19 season Serie A Golden Boot is still far from over, with only 1 goal separating the top three, who are also closely followed by Duván Zapata at 4th (17 goals) and Arkadiusz Milik from Napoli at 5th place (14 goals). With 11 more rounds to go everything can change, but let’s check the top 5 strikers of Serie A.

The polish striker sits at the 5th place with 14 goals after a scoring 14 goals in 24 fixtures played this season and 3 goals scored in the month of February alone. As it stands now, he is averaging a goal every 107 minutes, which is the lowest goal/minute among the top 5 competitors. Additionally, he managed to convert the most shots into shots on goal. With 57% success rate, Milik produced 63 shots, out of which 36 went towards the opponent’s goal.

Only 3 goals from reaching the leading Fabio Quagliarella, Duvan Zapata produced 17 goals in 27 Serie A league matches this season. Looking back at the month of February, he only scored once in 4 matches played, however, he did manage to add another goal on March 10th against Sampdoria, which helped his team grab their 13th win this season, which got them tied with 6th placed Torino. As of now, Duvan Zapata statistically averages a goal every 118 minutes.

This polish striker did not only have a good month of February, but it was also an excellent month for him. In fact, he is fantastic throughout the whole season and just might be the man to lift AC Milan close to their former glory. Looking at the last month, Krzysztof Piatek scored 5 goals in the span of 4 games. As for the month of March, Krzysztof Piatek already scored once in the two fixtures. What I like about him are his work rate and his shots, out of 75 shots he created, 55% went towards the goal (41), which is 2nd most among the top 5 scorers. Additionally, he statistically scored a goal every 109 minutes, which is the 2nd best record among the top 5 scorers in Serie A. 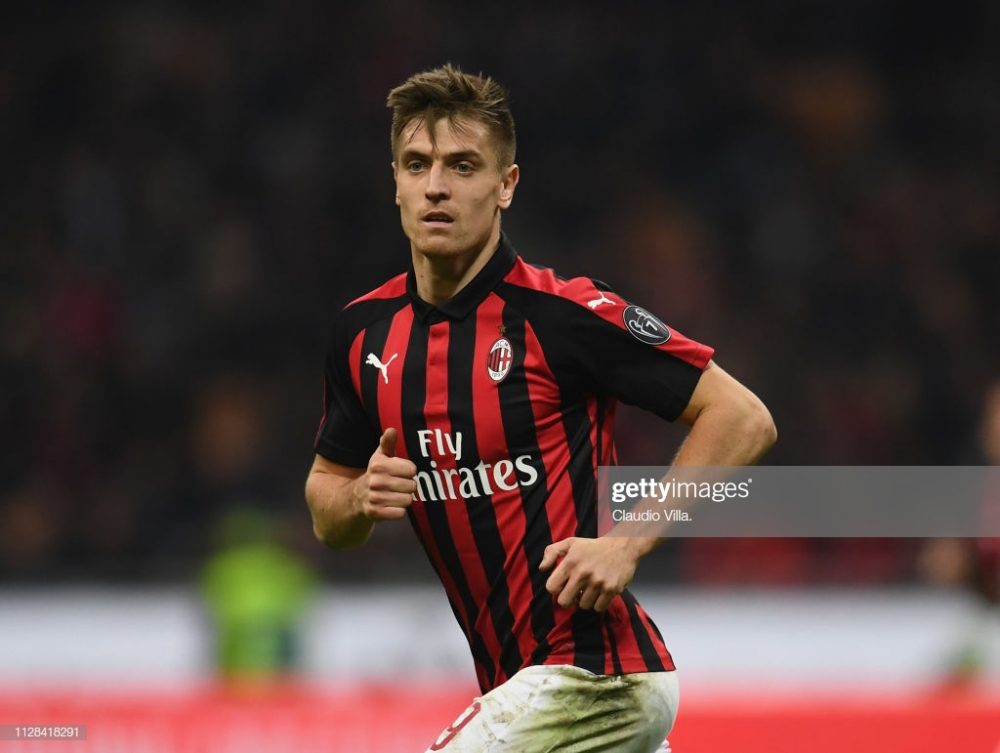 No one should be surprised Christiano Ronaldo is among the top competitors for Serie A golden boot. Instead, we could be surprised he is not leading in goals scored. As of now, he has managed to score 19 goals in 26 games played, 4 of which Ronaldo scored in the month of February, however, he has not yet scored a goal this month. As it stands now, Ronaldo manages to score a goal every 118 minutes, and while this is the worst goal/minute among the top 5 scorers, Ronaldo takes much more shots than any other golden boot candidate. With 118 shots this season, Ronaldo shot 54% (64) of them towards the goal, which is the most of in the league.

The veteran in Serie A, Fabio Quagliarella has been performing exceptionally well this season, netting a total of 20 goals, which was enough for him to pass Ronaldo at the 1st spot in the league. Some say the great players sometimes need a push to play on a higher level, and I do believe Fabio Quagliarella is that push Ronaldo needs. Looking at last month, Fabio Quagliarella only managed to produce one goal, however, he started off the month of March well, with 3 goals in his last 2 games.

The Italian managed to produce 20 goals in 26 games played, with a goal being scored every 112 minutes. In his 26 games, Fabio Quagliarella shot the ball towards 75 times, and 40 times towards the goal. 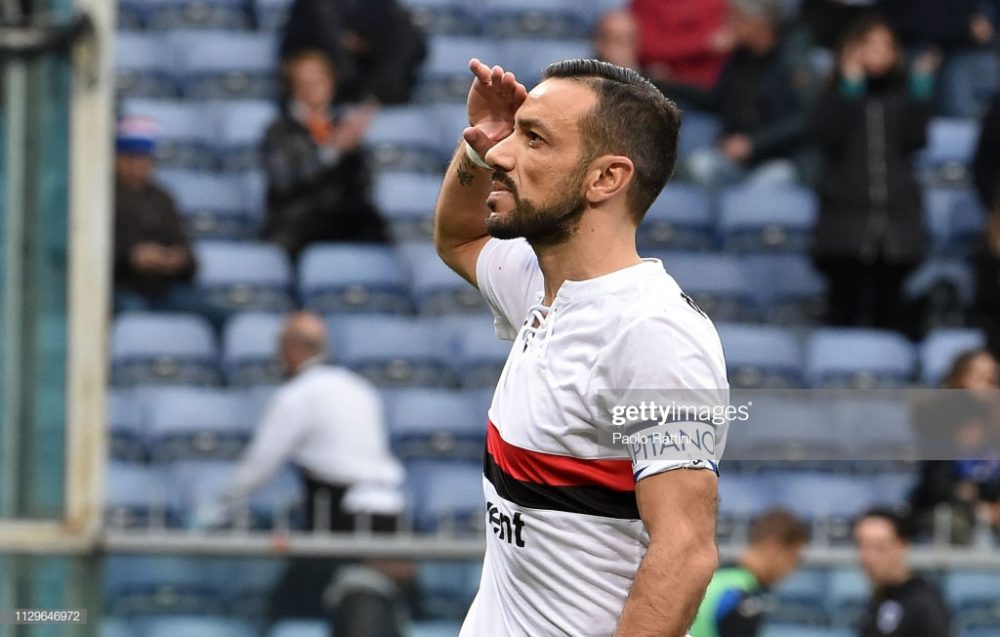 The race for the Golden Boot in Serie A is far from over, and a close one, with only 6 goals separating the top 5 strikers. Fabio Quagliarella leads the pack with 20 goals, due to impressive 3 goals in the last 2 matches, but the one goal difference in front of Cristiano Ronaldo and Krzysztof Piatek does not mean anything in the long run. Even the 3 goal lead in front of Duván Zapata could be closed within one match. While it’s hard to call out a winner, I do believe all 5 have a great chance to end up as the winner.

Bookmakers have put Ronaldo (1.50) as a huge favorite to win the Golden Boot, followed by Krzysztof Piatek (4.00), Fabio Quagliarella (4.50) and Duván Zapata (16.00) with Arkadiusz Milik (50.00) far behind. On one hand, I do believe Ronaldo will switch into his “end of the season” mode, and score a few goals out of nowhere, but on the other hand, I am still confident when I say this one will be a close race. Krzysztof Piatek is in a great form and with AC Milan’s hopes to end up in the top 4 in his hands, I do not believe he will slow down anytime soon. Of course, there is also Fabio Quagliarella, who is a veteran Serie A player and an exceptional striker with a great chance to finally win the Golden Boot to add to his other honors.

And lastly, we have got Duvan Zapata and Arkadiusz Milik who are trailing behind the leading three, however, they are not out of the race. Napoli and Arkadiusz Milik will not have the toughest opponents in the remaining Serie A fixtures, which could easily result in a few goals to Milik’s name. Zapata and Atalanta on the other side, are still chasing the top 6 finish which I do believe will result in much better effort from the team, especially against weaker teams they will face off against in the remaining fixtures. All in all, this one won’t be decided until the end of until one of the players scores 10 goals out of nowhere and runs away from the competition